Hospitality in an Age of Terror - The Acts 2:11 Project
Skip to content

“By the exercise of hospitality we come to the knowledge of Christ.” – Augustine[1]

The week that the controversial US travel and immigration ban was first issued, I sat in my living room in Lebanon with a Syrian woman whose water had broken in her seventh month of pregnancy. Both she and the baby were now at risk. Yet she came, not for medical assistance, but because she and her husband couldn’t afford the $350 that they needed to pay their month’s rent before they and their four children were evicted.

A couple of days later my husband sat with a close friend who sought his counsel on whether or not he should take the risk of smuggling his two teenage sisters and elderly mother out of Deir ez-Zor, an ISIS occupied region of Syria. The roads had temporarily opened up and he was desperate to bring them to safety.

Terror is not knowing if you and your unborn child will last the night.  Terror is agonizing over whether or not your sisters and mother will make it out alive. Terror is wondering how you will keep a roof over your young children’s heads in the peak of winter.

Two weeks ago this travel ban again reared its ugly head. Yet such policies do not protect against terror, they perpetuate it. On so many levels. Regrettably, it has long been true that leaders either wield their power through fear or through hope. Exclusion is driven by fear, but hospitality is an act of hope. 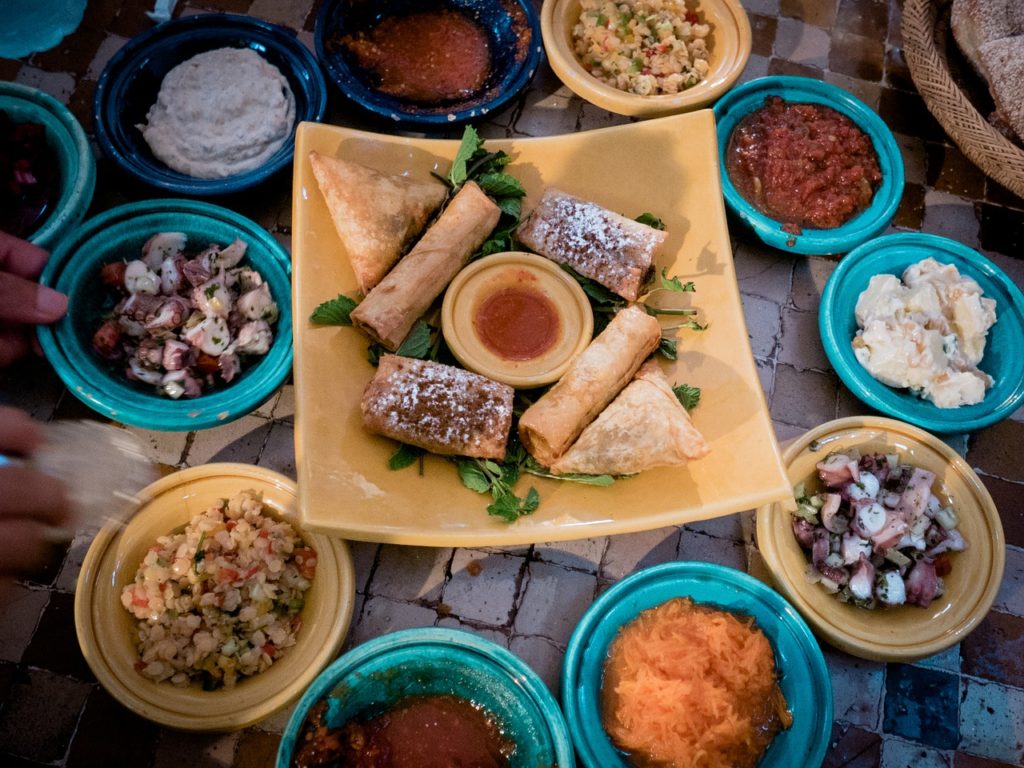 The Bible teaches us that as human beings we reflect the imago dei – the image of the perfect Triune God. Such a truth reminds us that we are created not to exist as singular beings, but to join into the Trinitarian existence of life in communion, experiencing unity in plurality. Such a reality allows us to accept those who are not like us, holding in mutual reverence even the stranger and sojourner among us.

It is striking that in an age when so much of the world seems intent on forcing out, we worship a God who is heaven-bent on bringing in. When theologian, Miroslav Volf, speaks of the gospel he speaks of making space, inviting in, embrace:

When the Trinity turns toward the world, the Son and the Spirit become, in Irenaeus’s beautiful image, the two arms of God by which humanity was made and taken into God’s embrace (see Against Heresies 5,6,1). That same love that sustains nonself-enclosed identities in the Trinity seeks to make space “in God” for humanity. Humanity is, however, not just the other of God, but the beloved other who has become an enemy. When God sets out to embrace the enemy, the result is the cross. On the cross the dancing circle of self-giving and mutually in-dwelling divine persons opens up for the enemy; in the agony of the passion the movement stops for a brief moment and a fissure appears so that sinful humanity can join in (see John 17: 21). We, the others – we, the enemies – are embraced by the divine persons who love us with the same love with which they love each other and therefore make space for us within their own eternal embrace.[2]

Hospitality is the lifestyle through which such a divine stance towards the other is daily lived out. The ancients heralded it as philoxenia – love of the stranger. For Greek philosophers, the image of the other provided a window into the unknown soul offering greater insight into our own humanity.[3] In early Rome it was valued as a “civilizing concept,” acknowledging the ways in which openness to the Other allowed for the forging of strategic alliances transforming foe to friend.[4] For the early church, it was a call to social justice in faithful service to the poor, the sick, and all those on the margins of society.[5]

Thus, a theology of hospitality is inherently about passing over thresholds and crossing borders. It allows us, first and foremost, to get outside ourselves in recognizing that we were created not merely for our own well-being, but to live a life in rich communion with, even responsibility towards, the Other – both the divine Other, and the human Other.

Moreover, hospitality – as scholar Dale Jacobs reminds us – is “a radical act of resistance that recognizes the value of everyone in the kinds of intersubjective relationships that lead toward the practice of hope.”[6] The hope of which Jacobs speaks is not an idealistic or imaginary hope, it is an active hope “connecting individuals to each other in order to intervene in the world around us.”[7]It is a prophetic hope critiquing the hostility and wariness of the status quo, uniting and energizing communities towards collective movements of redemption, reconciliation, and restoration.[8]

One such movement that I have personally witnessed is the response of many Lebanese Evangelical churches in opening their doors to the 1.5 million Syrian refugees who have crossed their borders. These churches, while many of their members had personally been terrorized by the Syrian regime during its era of hegemony over Lebanon, chose, rather than responding in fear, to open wide their arms in love. This gave birth to a ministry that one Lebanese pastor describes as serving with the “two hands of God,” seeking to meet both physical and spiritual needs of a displaced and vulnerable population.

What is even more astounding is how the refugees have, themselves, become a sign of hope for the Lebanese church. As one pastor shared in reflecting on his experience serving the Syrian refugee community:

I am a believer, Evangelical, Baptist. I attend church. My parents were believers. So I know that God is great, here, inside. But when I came and began here, I saw that He is great. The “great” ceased to be here, in my head. I began to see Him every day.

True hospitality bears a mutual blessing.[9] As these churches have sought to serve their unexpected guests, so their guests have brought with them the blessing of the special presence of God as they are all transformed.

Furthermore, it is experienced knowledge of the Other that allows us to dismantle manmade barriers of “us” versus “them.” This experience forces us to acknowledge that labels of “good” and “bad” cannot be so neatly assigned according to distinctions of nationality, ethnicity, or sect. Rather, these fault lines cut right through the messiness of the human heart.

It is striking to me that one of the biblical pictures of the restoration of all things is a banquet – the marriage supper of the Lamb (Rev. 19: 6-10). It is a picture of celebration and feasting – hospitality at its most garish, riotous best. Yet this side of the eschaton we so frequently scorn the risks of welcome, treating the blessing of the Other as a curse. How unlike the Triune God who has so freely welcomed us. How tragic for a suffering world that we leave lingering on our doorstep, longing for embrace.

As another Syrian woman so wisely taught me, “a guest is a guest of God… God is the one who sends, and he who honors a guest, honors your Lord who gave you provision.”

Hospitality is always an act of faith.

[4] Sutherland, Arthur, I Was a Stranger: A Christian Theology of Hospitality, Nashville: Abingdon Press, 2006, xv.

Oden, Amy, ed, And You Welcomed Me: A Sourcebook on Hospitality in Early Christianity, Nashville: Abingdon Press, 2001.

Mayer, Wendy, “Welcoming the Stranger in the Mediterranean East: Syria and Constantinople,” Journal of the Australian Early Medieval Association 5 (2009): 89.

See all posts by Suzie Lahoud