Lessons from Lebanon: Responding to Refugees and Migrants with the Heart of Christ - The Acts 2:11 Project
Skip to content

Throughout my ministry, I have been blessed by countless books, courses, lectures, and scholarship from leading, mostly Western, voices. I earned my doctorate from a prominent Christian institution in the West. I speak with many pastors, church leaders, and practitioners, from the West to the East, who share a conviction in fidelity to Christ, a value for the veracity of the scriptures, and a belief that God calls us to participate in His mission through the local church. We have much more in common than we do differences.

In the West today, there exists both confusion and discord among many on the issues of migration and refugees, even among Christians. Post something on social media, and you’ll invite others to either scourge or praise you, depending on your and their positions. We as theologians and practitioners can learn from the church in Lebanon about how it has responded to the refugee and migrant crisis.

The church in Lebanon is small and are only a tiny speck within the global Christian landscape, but perhaps here in Lebanon we have something to say. The church, as a minority people, has persevered despite brutal wars, political gerrymandering, and economic exploitation because of political identity and religious convictions. Despite its suffering and marginalization, the church in Lebanon has sought ways to show the love of Christ to migrants, immigrants, and refugees. 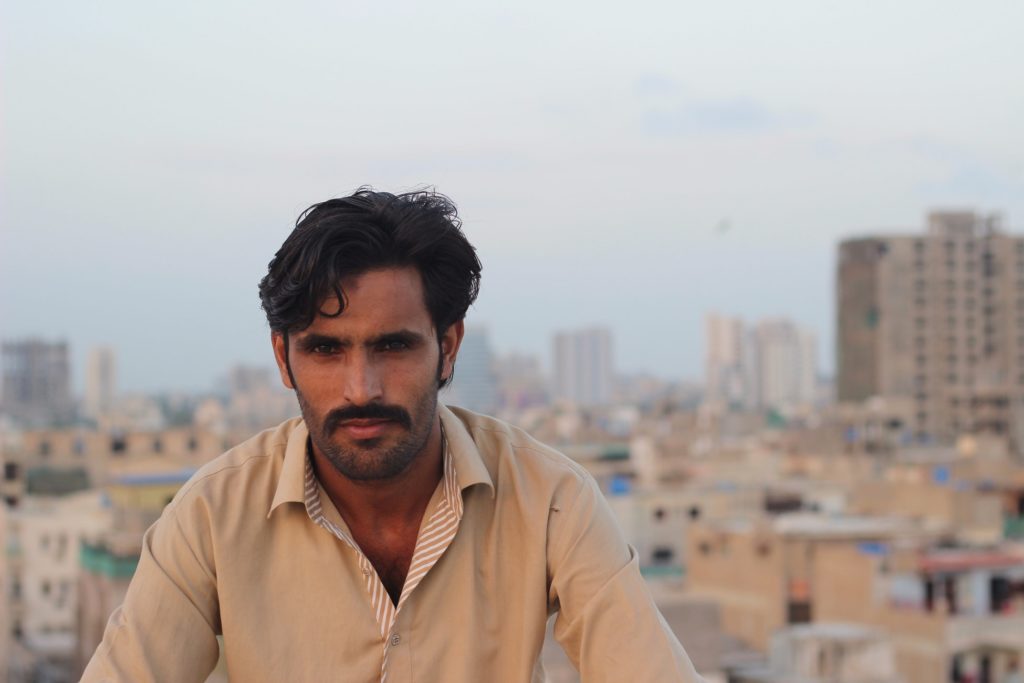 Globally, there is an unprecedented movement of peoples, and practitioners have differentiated between the push and pull factors that move people. Some factors are positive, such as relocating to join family or begin employment. Most factors are negative, such as war or ecological and economic crises. The issue has become so far-reaching and complex that some scholars refer to our times as “The Age of Migration” (Castles S. and Miller 2014). According to the United Nations High Commissioner for Refugees (UNHCR), “[F]orced displacement worldwide [is] at its highest in decades,” while the report adds that “an unprecedented 68.5 million people were uprooted from their homes by conflict and persecution” and “40 million” internally displaced, and another “25.4 million” displaced as refugees.

Lebanon, a country of 4 million people, has received 1.5 million Syrian refugees and another 500,000 migrants (this number is much debated) into Lebanon’s 10,000 square kilometers. One out of three people on Lebanese soil is a refugee or a migrant. The refugee and migrant population has become a challenge for Lebanon as it attempts to remain a protective place for the displaced as well as call for refugees to return home. In reality, what the West is facing is miniscule in comparison to what Lebanon faces.

According to the UNHCR, “perception and stabilization surveys revealed that the main source of inter-community tensions was the perceived competition over jobs.” The reality is many refugees suffer extreme poverty in Lebanon–numerous living on 3 dollars a day. The blowback has been that restrictions are imposed by local municipalities who are motivated by fear. They are enacting curfews, confiscating IDs, limiting residency permits, and even closing refugee-owned businesses. All these measures spring from a desire to maintain law, order, and security. However, the Lebanese Government, civil society, NGOs, and religious-based communities are helping to alleviate some of the problems and issues facing migrants and refugees. The church also has responded in many ways, as examples for the global church.

It is impossible in a short space to highlight all that Lebanese churches, whether they be Orthodox, Catholic or Protestant, are doing among migrants and refugees. I would encourage scholars and practitioners to gather statistical data from among the entire church landscape in Lebanon. This will better inform the global church that meeting needs is part and parcel of demonstrating the gospel in deeds.

One such ministry started small and has developed into an early childhood development (ECD) program for at-risk poor Lebanese, Syrian refugee, and migrant children, caring for both documented and undocumented children. Additionally, they work with parents through their Positive Parenting Project by helping them develop the skills they need to create lasting, healthy, and active relationships with their children. Another ministry focuses on medical and food parcel/card distribution in Beirut and refugee camps. This ministry provides free medical care for refugees and migrants. They also provide monthly food help for a number of families. A key characteristic is that they do not distinguish between religion, or documented or undocumented status in their provision of relief.

Both ministries are underfunded and overworked. But the staff are unfazed because they believe that they’re making a real difference in the lives of the downtrodden. They understand their work as mission. The reality of Syrian refugees and migrant peoples actually helps inform the church that we cannot sit idly by while we are aware of the plight of so many who need help. I believe we need Kairos [(καιρός) –ancient Greek for right, critical, or opportune] moments to converge a coalition to act in the name of Jesus.

Jesus’ life, ministry, death, and resurrection provide the best framework to inform our responses and engagement with the question of migration and refugees. As Christians, we need to take our cues from Jesus’ life and ministry rather than social media or political leaders as we navigate xenophobic objections and push back against what we are witnessing.

In the gospels, we learn that the Kingdom of God is ushered in through Jesus establishing a new relationship between humanity and God. In the person of Jesus, we are confronted with Kingdom ethics and morality (Ladd, A Theology of The New Testament: 123). And this Kingdom is a kingdom of “truth and life, of holiness and grace, of justice, love, and peace” (Groody, Globalization, Spirituality, and Justice: Navigating the Path to Peace, Theology in Global Context: 48). Jesus’ life and ministry in the gospels is a stark contrast to what is offered by the empires of the world which seek to enact laws, close themselves off, or dominate the weak, the stranger, and the foreigner. Jesus Himself was all of those.

Born in a stable in Bethlehem, his family fled as refugees to Egypt because of Herod’s infanticidal policy, eliminating firstborn boys. Jesus grows, lives, and works in Galilee, an area known as being on the outskirts, the backwaters, the margins of society (Mk. 1:16). Jesus’ first message was that He came to “preach the good news to the poor… to proclaim release to the captives… [to give] sight to the blind… [to let the] oppressed go free… [and to] proclaim the year of the Lord’s favor.” (Luke 4:18-19) Jesus informs our attitudes towards refugees, foreigners, and strangers. Jesus had table fellowship with Samaritans, tax collectors, the sick, and the sinful—all the excluded of society. He was with the weak, such as women and children, and radically taught of forgiveness (Matt. 18: 21-35) and love for enemies (Luke 6:27-36).

But some may ask — does that mean we have to let them in?

The question itself touches on the complexities of migration and forced displacement. Do we exclude or find ways and policies to welcome them? As a pastor and practitioner, I choose to inform my practice from Jesus’ ministry. He demonstrated the importance of human relationships by calling us to give our time, money, and energies into helping the poor, caring for the excluded, and welcoming the stranger. Jesus’ life, words, and ministry provide us with a consistent framework to measure both our internal attitudes towards refugees and migrants and our actual responses. Through Jesus’ life, ministry, death, and resurrection we see God moving to the poor, the alien, and the disenfranchised. We learn that Jesus does not limit his care and grace to his own community, but rather expands grace to include all peoples with whom He comes into contact.

From our context in Lebanon, the issue of migrants and refugees is ever present. While there are a lot of systemic socio-economic inequalities and harmful policies and practices that directly affect migrant and refugee communities in destructive ways, we also see signs of hope. We see Christians from all churches having the theological and emotional courage to challenge systemic problems by starting free medical clinics and dispensaries, schools and safe spaces for children, giving food parcels and vouchers, and welcoming all peoples into our churches as brothers and sisters created in His likeness (imago Dei).

What happens to poor refugees and migrants who experience segregated living conditions, curfews, confiscated IDs, limited residency permits, business closures, and other conditions of vulnerability? What happens if widespread arrests are made for lapsed residency permits, causing separated and broken up families? What happens if vulnerable children do not have access to education and development? And what happens to the witness of the gospel when the church chooses to do nothing? Hosea 6:6 (cited by Jesus in Matthew 9:13; 12:7), reads “[f]or I desire mercy, not sacrifice, and acknowledgment of God rather than burnt offerings”; or in other words when we Christians acknowledge God, there is an internal motivating impulse that calls us to act mercifully. For us, we choose to welcome migrants and refugees.

Robert Hamd has served as a cross-cultural worker, pastor, and educator since 1994 in Amman, Jordan; Marseilles, France; and Beirut, Lebanon. He currently serves as executive director of The Philemon Project, a joint ministry project with the Resurrection Church Beirut and The Evangelical Presbyterian Church’s World Outreach. He served for many years as pastor for the international congregation of the National Evangelical Church of Beirut, the oldest protestant congregation in the Middle East (f. 1823). Robert holds a Doctorate in Intercultural Studies (DIS) from Fuller Theological Seminary in Pasadena, California, and joined the IMES team in 2016 as Holistic Formation Faculty for the MENA Cultures module of our Master of Religion in Middle Eastern and North African Studies program. Robert is of Lebanese-American background.
See all posts by Robert Hamd