Repost: The Star of Bethlehem - The Acts 2:11 Project
Skip to content

Many attempts have been made to determine the nature of the star that drew the magi to Jerusalem and shortly after, to Bethlehem. Because of the extent of its brightness, some have identified the star as a supernova, which, according to Brown’s estimation, can be “a hundred million times more luminous than our sun.” Others have suggested Halley’s Comet, a conjunction of planets, the brilliant Jupiter, Saturn, or Uranus. 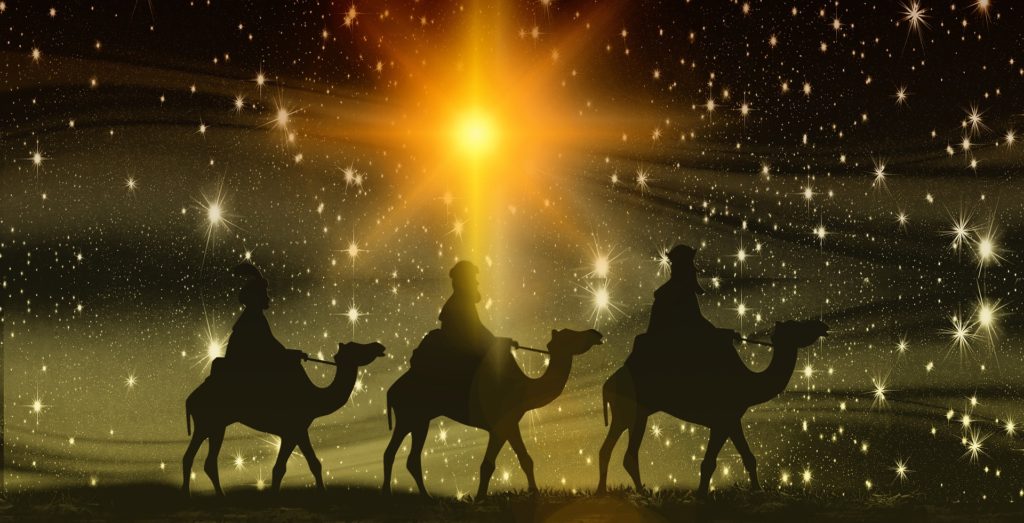 The Magi and Astronomy

Because of the centrality of the star in the trip of the magi, it has been assumed that these visitors would have had special interest in astronomy. As such, they were assumed to have been associated with Babylonians, famous for their astronomy, or with Persian magi who were astrologers associated later with the Chaldaens. If interest in stars is a factor, Arabs were most famous for their fascination with the galaxy. Four of their tribes were named after stars and Transjordan archaeology revealed the astral basis for the Nabataean belief. Describing the zodiac-centered religious and social life of these Arabians, Glueck notes:

“The zodiac, with its counterclockwise and clockwise halves…dramatize the great importance attached by the Nabataeans to the heavenly firmament. They beheld in its orbs the reflections of their gods whose powers governed the mysteries of nature and the conditions of mankind during life on earth and its continuation in the hereafter…. These [astral] deities governed the seasons of the year, the zodiacal sequence of its changes, the moods of nature, the vagaries of fortune, the exigencies of life, the unexplorable unknown of the world beyond death, whose concealing curtain could not be penetrated by mortal gaze.”

This is definite evidence of the prominence of the zodiac in the life of Nabataean Arabs who controlled north Arabia by the time of Christ. Bedouins have always displayed great interest in stars. Hitti believes that the astral beliefs of the bedouin “centered upon the moon, in whose light he grazed his flocks.” Most important is Starcky’s observation that nomads, by personifying the major stars that were very important to them, were associating with their personal God some object-deities. This underlying monotheism, the interest in God’s firmament, together with the wisdom of the children of the East may have drawn these magi to ask for the King of the Jews.

The Magi and God’s Revelation

After a thorough study of Babylonian astronomy in relationship to the visit of the magi, Ferrari-D’Occhieppo, former chair of the Department of Theoretical Astronomy at the University of Vienna, asserted, “Even on the basis of the alleged relevance of the constellation and of the planets involved, the astrological evidence alone could not be sufficient to explain the pilgrimage of the Magi from their distant homeland to Jerusalem, nor their precise question about a newborn King of the Jews (Matt. 2:2).

If the star observed by the magi in the East could have been interpreted naturally, it would not have motivated those daily stargazers to leave their land and go to Jerusalem. Furthermore, no natural star, conjunction of stars, or even a supernova is able to lead people from Jerusalem to Bethlehem, which is a trip of 5 miles south. In addition, a natural astral appearance in heaven, no matter how brilliant it might be, could not have indicated the minute details in the town of Bethlehem. As a matter of fact, no star in heaven could come and stand just above the house where the child Jesus was (Matt. 2:10).

It seems strange that a heavenly star “a hundred million times more luminous than the sun,” as Brown puts it, went unnoticed by the Jewish community in Jerusalem and its suburbs, and most important, by Herod, who meticulously inquired about the star (2:3, 8).

In a well-written article, Allison offered an answer to the above questions by suggesting that the star was a guiding angel. Moved by similar concerns, Pentecost argued, “this star is better explained as a manifestation of the shining glory of God that He reveals only to those who are recipients of revelation.” Pentecost sees the shining of the star as parallel to the appearance of the “God of glory” to Abraham while in the Ur of the Chaldeans (Acts 7:2). Seeing the star as the manifestation of God’s glory solves the interpretive difficulty related to the star and fits better with the expectation of Old Testament predictions. However, the magi should be linked to Abraham rather than to Mesopotamia, the land of Abraham’s origin.

Abraham’s Arabian children were singled out in the desert and became the recipients of a special revelation from God about the birth of the Messiah.

These worshippers were led in a dream to go back to their land following a different route (Matt. 2:12). It is our conviction that they also may have been led to come to Jerusalem through a dream or a special revelation from heaven.

This can explain why it took these magi a while before they arrived in Jerusalem. After Herod inquired from the Magi about the time of the appearance of the heavenly sign of Christ, he killed all the children of age two and under. This it appears that the magi were reluctant to leave, though intrigued by the shining, until they received confirmation from God similar to the appearance of the angel to the shepherds in the fields (Luke 2:1-12).

The Magi and the Prophetic Light

Since in his infancy narrative (chaps. 1-2) Matthew was building his argument on the motif of Scriptures’ fulfillment, the story of the magi would be apparently fulfilling the messianic expectations of Isaiah 60:1-7. As a matter of fact, Isaiah 60:1-7 starts with the rising of the shining glory of the Lord over Jerusalem in the midst of surrounding darkness (vv. 1-2). It goes on to picture the nations and kings as being moved by that light (v. 3). Then it extends an invitation for Jerusalem to light up its eyes and rejoice because the wealth of the nations shall come to it (vv. 4-5). The prophecy gives next an explicit description of Arabian caravans bringing their wealth of frankincense, gold, and animal stock and rejoicing in worshiping the Lord (vv. 6-7). In view of the opposition of Jerusalem’s Leadership to the Messiah, the rise of the glory of the Lord was restricted to a few elect Gentiles (Matt. 2:1-12) and a few elect Jews (17:1-8; Luke 2:1-12) who were recipients of God’s revelation.

The bright shining was only perceived by the magi because it was only revealed to them as a precursor of the revelation of God’s glory in the coming Kingdom.

Assuming that these magi were chiefs of tribes of “kings” as Tertullian related, one can easily see the connection between Isaiah’s statement and the journey of the magi, drawn by the brilliance of the Star of Bethlehem, to Jerusalem. In summary, Isaiah 60:1-3 predicts the rising of Christ’s brilliance above Jerusalem, a brilliance that will be seen by kings who will walk by its shining. The magi equated the brilliance with the star itself and came to Jerusalem attracted by it, bringing a token of loyalty and dedication of their wealth (Isa. 60:4-5) to the King of the Jews. Thus the whole of Isaiah 60:1-7 is likely behind Matthew 2:1-12, and those who were drawn by the shining glory of the Lord in Isaiah 60.1-3 were likely the Arabians offering him their gifts of spices and gold mentioned in Isaiah 60:6.

We are on solid ground to assume that the star was God’s direct revelation to an elect remnant among the other descendants of Abraham, the Arabs (Isa. 60:6-7).